| 1 Comment
After waiting for more than two months, patiently and finally get tired. I’ve done the things I could to check where are my letters and postcards, going to the post office, reporting to the postindonesia website and finally decided to give up. I could be happier than finding these 5 things in my mailbox. After working overtime and arrive home, my dad told me that there are incoming letters. I burst into tears :”) Finally I get them HAHAHA 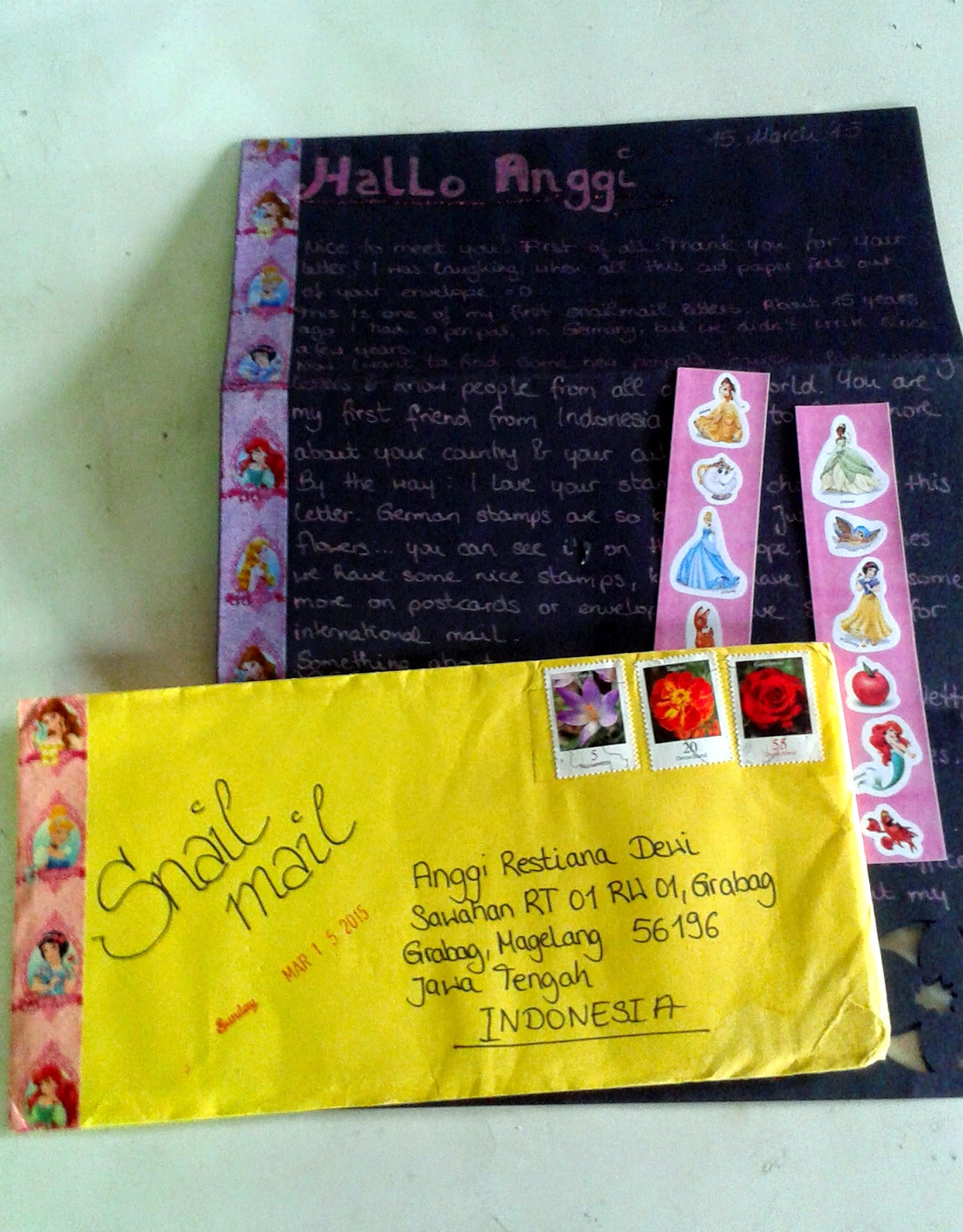 In this writing I will tell you about the only letter I get. It’s from the country who won World Cup 2014, Germany. I used to like this country since I was kid and even dream of living there someday, to study. Germany is the most familiar country in Postcrossing and snailmailling since I’ve sent some cards mostly to Germany. And I’m so excited that she gives me letter with princess decoration. A boyish girl get a really girly stuff, I’m so touched.  I start to have hope to the letter with German friend since it takes a month to arrive. I used to write letter when I was young but only regional, not international penpal like now. I have many things to talk to her since I’m really excited of the country I wanna come. I’m glad when Netty says that I’m her first Indonesian friend. And I’d  like to wish her Happy birthday though it’s one month later.
Let’s get along really well and I’m ready to move to somewhere new by this month. I get my address changed then.
Kiss kiss from Indonesia,

One thought on “Happy Mailbox”