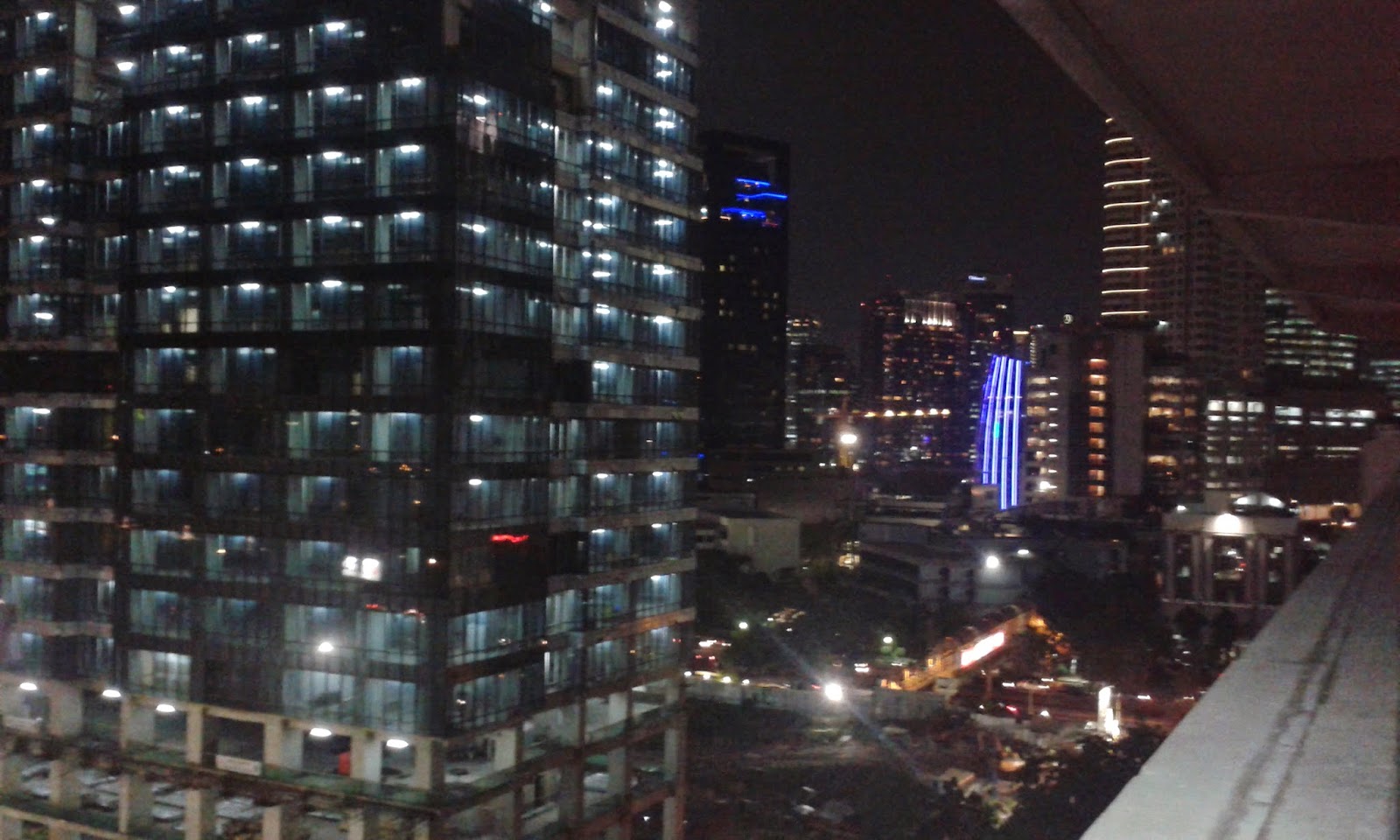 Train Station, a very familiar place to me since months ago.. Everyday I use commuterline to get into my working place. Started from October, I became a commuterline user wohoho, there are various stories you can have everyday as a user. You will never lack of stories as a commuter user, the train schedule that sometimes bring your mood down, seeing how people nowadays in this society, their habits, your social interaction with various people in every station you’re at. Hahaha And even how you can find love, feeling the butterflies in your stomach everytime you see the person you’re interested to/ like. Thats a very funny part I think..

Once I’ve experienced that kind of thing, when I was in an unclear state with someone. I used to go everywhere with commuter. I was dilligent to wake him up, waited at the train station like a stupid and other things had already happened in the past time. Too many things happened back then, but ya it’s already over now. It’s just soooo yesterday, I already burried those memories with him last year. ommooo..

Starting the new year, new life and new working place, from Kuningan to Gondangdia and Tebet, and now I’m in Kasablanka it seems nicer as I get to know many people by becoming a part of this commuter life. Hahaha Sometimes, it’s annoying to be left by the train you’re going to take. And it’s more annoying when you’ve waited long time and the commuter you wanna take is full like oh man how can I go to work by this thing. Another situation that may happened is being trapped at the station in such rainy days.. Ohoho it wastes your time actually, but it’s okay as you can enjoy the moments.

Various people I get to know from this rush hours, and rush mass transportation called commuter bring me different atmosphere. There are some kinds of people there,one of them being called “Zombie” hahaha. My friend, named that for people who only focus on their smartphone, wearing headphone and ignore the surrounding. Another kind is ” Shameless”, kind of people who has no pity for others, as they get a seat they will never give it to another person even the person who deserves the seat like priority seat. They’re getting on my nerves sometimes, ssssh shameless persons. There are also people called “Inspirator”, this kind of people I met and knew in such a busy hours came to know me by our little talk at first, it grew bigger topic and sometimes this kind of people don’t hesitate to share me their stories and inspirations. Some of them already have goood carreer but keep using this mass transportation as it gives no more choices for them living in a busy like hell place called Jakarta. I was seriously excited being a user, called Commet wkwkkw.. Ya, the commuter ticketing for us called Commet and I called myself commet too 😀
This is the most interesting part I wanna tell you, as I come to my workplace using commuter and I have Wiga,  my housemate who has the same routine as mine I came to know many people. This kind of people is adorable kind ~ Hahaha We got two name to mention, Mas Ganteng and Mas Cantik. Or let’s call them William and Antony wkwkwk.We used to take the same commuter in the morning when we’re going to work and at the evening when we get back from work hahaha. William uses the commuter at 6.30 while Antony often comes later at 7.00. They don’t know each other hhahaha ya iyalah ~ William has a baby face and nice look and he’s around his 25th I think, while Antony has a great figure and pale face pose good enough for a guy in his 26th maybe. It’s good to see them in the early day and end of the day afterwork hohoho
Whenever Wiga see William or Antony she tells me hahaha. Just consider them as moodbooster, it’s good to like a stranger sometimes. I don’t have to feel annoyed towards them or getting sick of them. And everytime I get the chance too see them, it’s exciting you know rushing my way home and meet William or Antony. I’m crazy, right? And I just don’t care hahaha, I’m sick of people lately. Mmmm something about William broke my heart last three weeks but I just dont wanna care, he’s just a stranger I met at the train station. It seems like he’s a married man, I saw him wearing a ring uuuuu ~ #kecelesuamiorang
And about Antony, I meet him more often than William. Antony get down at Sudirman Station, the place I used to go times ago. And I kinda feel familiar with his face since I’ve already seen him months ago. Hahaha His flat expressions and gesture can make you drool.. #oopsie,what did I just say? No, he has a pretty face but nice figure, so just call him “Pretty Boy”  a.ka Mas cantik hahaha..

Some stupid things can happen everytime you use mass-transportation, this commuter too. And it often happens when I see Antony. One night afterwork, I was kinda late getting in the commuter and it’s Antony beside me. I slept while standing because I got no seat and I finally asked him where’re we. His expression is flat. Another stupid thing was when we wore the same colour shirt, his eyes almost fell down maybe he got shock seeing me wearing the same colour as his. I never knew you sir. Hello stranger, I’m not following you. Maybe he thinks I’m his fan wearing the same colour shirt. And I think he already knew my stupidity and craziness. 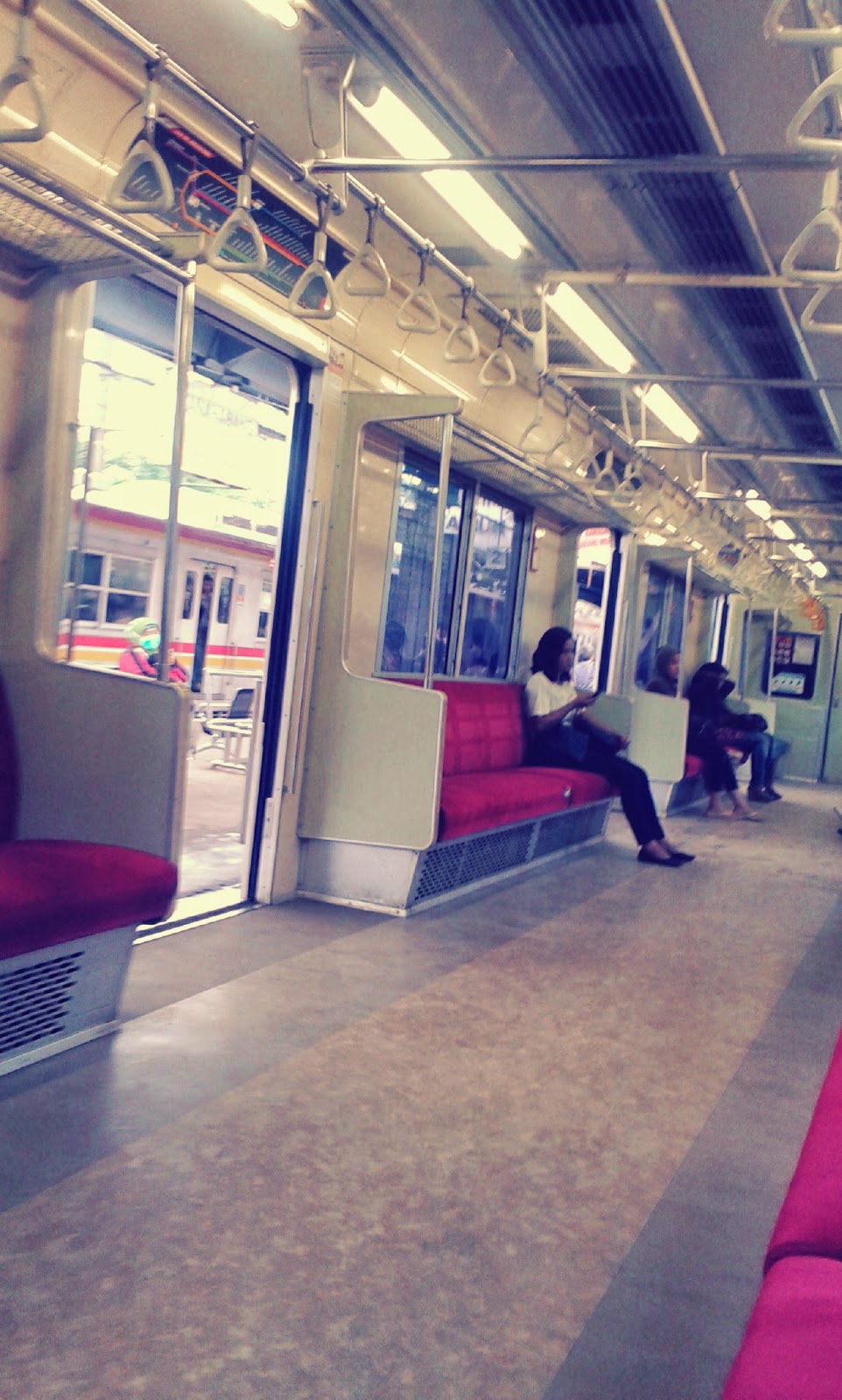 Another stupid thing happened two days ago when me and Wiga decided to get down at Sudirman. We take the downstair escalator to go up hahaha. Seems stupid, all people give a look and laugh at what I did..I felt seriously stupid, in front of him. And he already knows me and Wiga I think. Maybe he thinks us as his fans. Yowis ben hahaha. It’s okay since we both need something entertaining for our boooring working day.
And this morning I was trapped in an overload railway wagon, he’s next to me and laughed everytime I got stuck. Above my head, there’re hands everywhere, hands of people hanging above my head and it just arrrgh hurt my head whenever I get hit and he laughed so happily.. Zzzz how dare you  -__-
Anyway, about my ngeceng partner, Wiga she’s already resign of her office from now on.. And I’m left alone with shameful and stupid act last time..

Sometimes it’s good to like a stranger than the person you used to be with
You can choose, someone familiar or someone who can make you flutter called stranger?
Falling in love is a good thing, so don’t escape
Just let it flooow ~

2 thoughts on “Falling in Love at the Train Station”