| No Comments
Being stuck in this ” pre-governmental work” and have free time during my daily work, I used the free time to learn languages I want to learn during high school but didnt get the chance to learn *call it an excuse*. Yes, it’s Deutsch, a wellknown German Language. The app I use based on the recommendation is Duolingo and get it installed in my phone too. 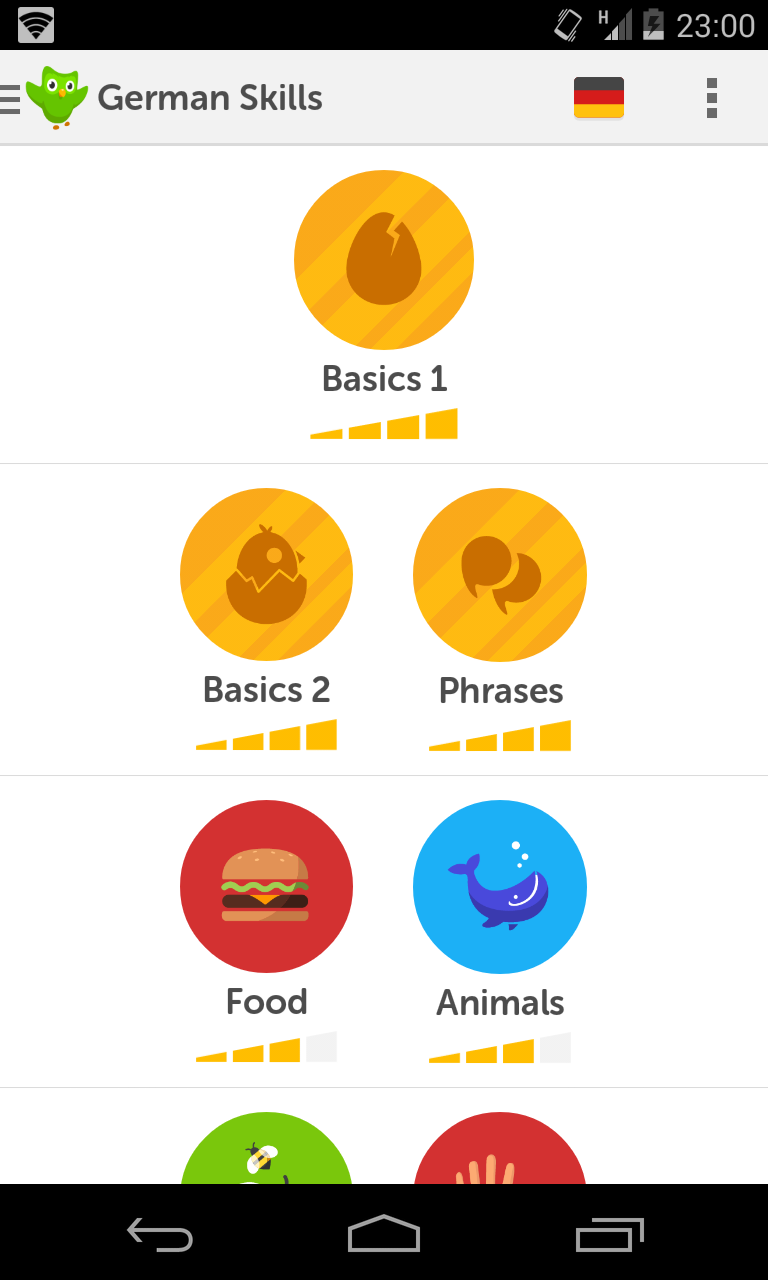 In Duolingo, there are several foreign languages can be learned, such as Spanish, French, Germany, Italian, Portuguese, Dutch, Irish, Danish and Swedish. I begin to learn German and few phase of French, I prefer the Deutsch actually. Since Germany is one of my dream country *haven’t gotten the chance to go there until now*. One by one the steps of learning I take, one by one words I’m getting used to know and learn, the listening and active method in duolingo does suit me. Thanks God I found the app, thanks Bunga and all friends who told me to give it a try.
Hope to learn the German language fast and understand it well. May one day I go there, A.S.AP
Ameen,
the one who’s dying to go to Germany
Anggi Restiana Dewi
Tweet
Anggi's Diary
, diary